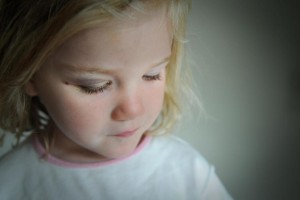 The Real Impact of Child Abuse on Life Span

As part of a routine checkup, health providers keep track of factors that can profoundly influence a person’s longevity and quality of life, from monitoring cholesterol and blood glucose levels to inquiring about diet and physical activity. In light of this information, we offer clinical advice based on the latest science, and many patients do quite well.

However, most practitioners fail to ask one pivotal question that could make an extraordinary difference in the health and survival of our patients, including how long patients live. That question: “As a child or adolescent, did you ever experience abuse of any kind, including emotional, verbal, physical or sexual trauma?”

A patient’s past history of abuse and the associated trauma are infrequently discussed in a medical setting. This is partly because many health providers are not well trained in inquiring about and discussing this with patients, and often providers aren’t aware of the significance of abuse and trauma in regards to a patient’s overall health and well-being. Patients, too, may not be fully aware of how a history of abuse negatively alters their mental and physical health, and how important it is to seek therapy to recover from the trauma.

But new science is prompting doctors and other health professionals to take note of the impact of child abuse on long-term health and survival. In one recent, revealing study, scientists evaluated national survey data to determine the mortality rate of 6,300 people over the course of 20 years. The group was mostly white, roughly split between men and women, and had completed a questionnaire detailing any history of child abuse. At the end of the study, the average age of survivors was 47 years. The researchers controlled for other mitigating factors that could impact their findings, including socioeconomic status or mental health disorders.

The study’s findings were striking, particularly for women. Female subjects who reported having experienced physical abuse were 58 percent more likely to die from all causes during the study period. Women who were emotionally abused were 22 percent more likely to die during the observed 20 years. Men who had a history of child abuse did not experience any impact on overall mortality rates.

So women who experience child abuse are much more likely to become sick and die earlier compared to men who’ve had a similar experience or women who’d never been abused. This is a study looking strictly at death rates. Now, let’s examine how abuse can affect quality, not just quantity, of life for men and women.

A child subjected to ongoing abuse desperately seeks comfort from the pain. Food is the most common and accessible form of reward to neutralize the angst. But using food to self-soothe can lead to overeating, bingeing and weight gain well into adulthood, with its subsequent and serious medical consequences. Harvard researchers examined the relationship between child abuse, post-traumatic stress disorder and addictive eating, which is defined as the overconsumption of processed food products and is associated with a loss of control as well as shame, blame and guilt. Studying more than 40,000 women from the Nurses’ Health Study, an ongoing health assessment study, the team led by women’s health expert Susan Mason (who is now on faculty at the University of Minnesota) found that a history of severe physical or sexual abuse was associated with an astonishing 90 percent increase in addictive eating behavior as a self-soothing coping mechanism. In a related study, Mason found women who exhibited the most PTSD symptoms, and for whom trauma (including parental divorce and bullying) or abuse began at an earlier age, were twice as likely to struggle with addictive eating. In this study, the type of trauma or abuse didn’t matter.

In a previous groundbreaking study supported by the Centers for Disease Control and Prevention, researchers investigated the prevalence of child abuse in 17,000 Kaiser Permanente health plan members. Led by Dr. Vincent Felliti, an expert in childhood trauma and abuse who founded the department of preventive medicine for Kaiser Permanente in San Diego, researchers reported that they found “a strong graded relationship between the breadth of exposure to abuse or household dysfunction during childhood and multiple risk factors for several of the leading causes of death in adults.” The research team created the Adverse Childhood Experience, or ACE, questionnaire, which is one of the most valuable evaluation tools used by clinicians and investigators today. ACE questions relate to an individual’s first 18 years of life, and document the presence of any form of abuse and neglect; domestic violence; family member substance abuse, criminal history and mental illness; and parental relationship challenges, including separation and divorce.

Researchers found over two-thirds of study participants reported at least one instance of neglect or abuse or another adverse childhood experience and more than 1 in 5 reported three or more ACEs. As the number of ACEs increased, so did the risk for a wide spectrum of grave mental and physical medical conditions. These included alcoholism, smokingand drug abuse; depression; heart disease; obesity; poor work performance and academic achievement; sexual promiscuity; domestic partner violence; and suicide attempts. The CDC estimates the lifetime economic costs associated with child abuse to be $124 billion, a figure derived from productivity losses as well as health care, special education, child welfare and criminal justice costs. As for the impact of adverse childhood experiences on life span, men and women with six or more ACEs died 20 years earlier on average than those with no ACEs. In essence, child abuse takes an astounding toll on society’s financial resources, and in the end, on the quality and length of an abuse victim’s life.

So, going forward, it’s time for all health care providers to document and address any history of childhood abuse and trauma. A referral to a trauma-based therapist for treatment can be lifesaving. Scholars like Christine Courtois, author of the seminal text on the subject, “Complex Trauma,” are training a new generation of trauma therapists to provide individual and family treatment to help victims recover. In addition, foundations like Childhelp now exist to provide individuals and families with guidance and services.

It’s time to ask the question – and save a life.