Try his 10 tips for successful weight loss and maintenance. 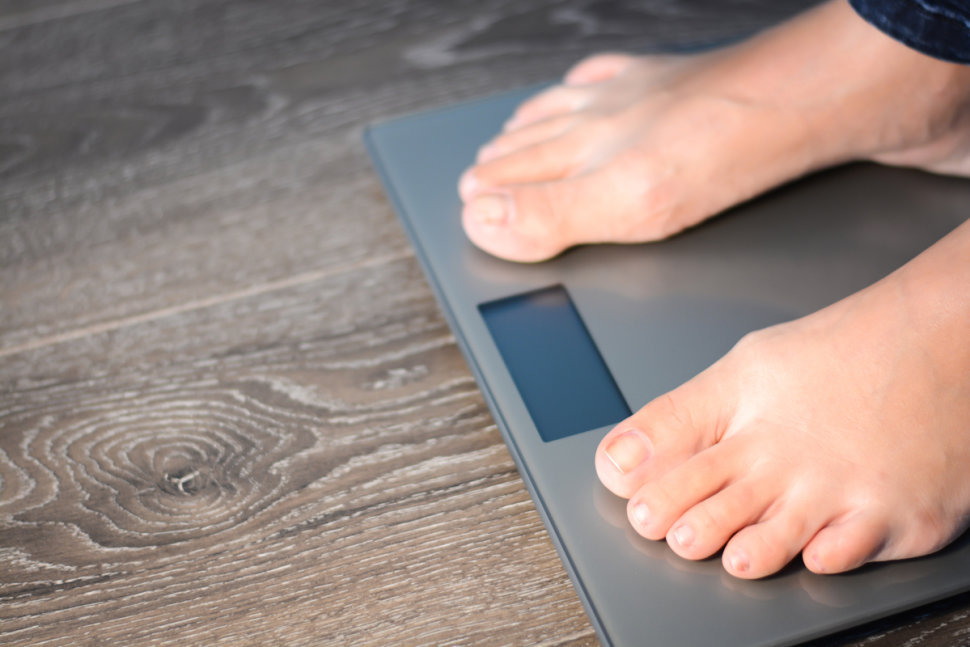 My neighbor Tim, a digital technologist, looks like an outdoorsy guy who’s probably always been slender and active. He’s proof that looks can be deceiving. In reality, just three years ago, Tim weighed 290 pounds. He lost 110 pounds in two years and is now maintaining his weight at 175 to 180 pounds.

How’d he do it? I asked the same question. Here’s what he said:

At only age 46, Tim already had high cholesterol and blood pressure, and not much energy. He was also diagnosed with and treated for sleep apnea – often a complication of being overweight or obese. But because he was overwhelmed with life’s obligations, Tim missed these red flags. Then, one hot spring day, while riding the Metro from work, Tim felt faint, collapsed and landed in a hospital emergency room, where he was evaluated for a possible heart attack. As he listened to the “bleep, bleep, bleep” of the cardiac monitor, he realized how grateful he was for every “bleep” and how terrified he was of the alternative. When his wife and son rushed to his bedside, both shaken and begging him not to die, he finally acknowledged he was ready to change.

Since his 20s, Tim had removed and regained the same 60 pounds three times. He knew how to shed pounds – he just didn’t know how to keep doing it. This concept was a major revelation for Tim. He realized he needed to shift from a weight removal mentality to a weight maintenance mindset. This meant accepting a lifelong commitment to a new set of healthier lifestyle habits that could continue after he achieved his goal weight.

3. Try not to break the chain.

When asked about a secret to productivity, Jerry Seinfeld said he marks an X on a calendar every day he makes progress toward a goal. “After a few days, you’ll have a chain,” he said. “Just keep at it and the chain will grow longer every day. You’ll like seeing that chain, especially when you get a few weeks under your belt. Your only job next is to not break the chain. Don’t break the chain.” Tim used this call to action to fuel his weight maintenance mindset. He could easily visualize creating each day’s link, and connecting one day to another. His daily lifestyle habits took on a deeper meaning, strengthening his drive to stay on track. In no time, he was doing it – and keeping at it. 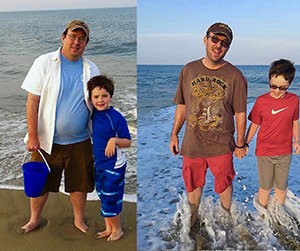 After landing in the emergency room with a suspected heart attack, Tim Chambers committed to getting healthy. (COURTESY OF TIM CHAMBERS)

One way Tim kept doing it was by determining the minimum he had to do every day to build that link. After doing his homework, he settled on three daily numbers: 1,600 calories, 10,000 steps and seven hours of sleep. As long as he kept to these numbers as best he could, and regrouped quickly if he slipped up, he was making progress.

After beginning his sedentary computer work at age 22, Tim’s natural 170-pound body ballooned. So when setting his goal weight, he chose a range of 175 to 180 pounds. If he reached the higher end of that range during weight maintenance, he readjusted his nutrition and physical activity behaviors – without worrying about daily fluctuations. He learned to trust that by staying consistent with his healthy choices, his weight would balance out as planned.

Reflecting on his past experiences, Tim recognized he had trouble maintaining weight loss because he would fall into a pattern of becoming mindless and unaccountable. So he tapped into his digital expertise and found a new world of tools – including a wireless scale, My Fitness Pal and other apps – to keep him accountable. He became acutely aware that he could not outrun his fork – that is, he couldn’t use exercise to correct any overeating. He continues to log his food and activity today.

Tim counted on apps like Lose It! and Nerd Fitness for support. The virtual voices of folks like him who were working through challenges, and who welcomed sincere encouragement and advice, helped him stick to his plan. His family also supported him by joining in his healthy lifestyle campaign, which benefited everyone.

Tim knew he had to exercise every day to reach and maintain his goal, so he decided he might as well enjoy it by discovering the outdoors. He’s since explored new neighborhoods, hiked park trails and adopted a dog to help incentivize his walks. He “spends” his physical activity calorie burn wisely, squeezing every ounce of pleasure and joy out of each foray into the outdoors and weight-lifting session with his son. Getting up and being more active has other advantages, including a cleaner garage, and tidier living and work spaces.

9. Look at weight maintenance as a life-long practice.

When Tim launched his new lifestyle program three years ago, he initially saw it as a second job. It took the same level of daily vigilance, work and determination required of his professional and family roles. Over time, the lifestyle habits have become more ingrained. With humble acceptance, he’s now entered a new phase of the lifelong practiceof healthy living. In doing so, he’s also inspired and mentored friends and coworkers.

After years of hiding under loosely fitting baggy clothes, Tim is not yet comfortable donning skin-hugging workout gear – even though he’s dropped almost five suit sizes. He’s also still surprised when people he hasn’t seen in years remark about his weight loss, and worries the weight will return. But these thoughts are normal after weight loss of any magnitude. In fact, for every 25 pounds of weight loss, it tends to take about one year to mentally adapt and adjust to the physical change. But with patience and daily practice, I’m certain Tim will solidify his mental and physical “new normal” and, in doing so, maintain his healthy weight for life.