Let’s All Aim to Be “Wellderly” 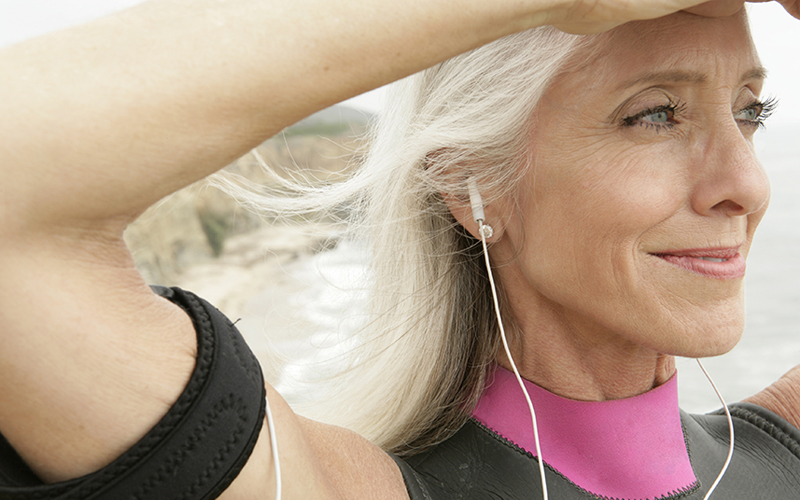 What thoughts and feelings do the word “elderly” conjure for you? Perhaps you immediately envision a frail man or woman in his or her 80s or 90s living with chronic disease and cognitive impairment. How many of you have a negative connotation of the term? What does it really mean to be elderly?

Turning to the experts, the World Health Organization declares that many developed nations regard anyone with the chronological age of 65 years as elderly; the United Nations generally uses a base of 60 years in referring to the world’s older population. Elder age has, historically, been a moving target. As far back as 1875, British lawmakers crafted a definition of old age as “any age after 50,” which was quickly amended to 60 to 65 to accommodate emerging pension plan requirements. Dictionary sources describe elderly as “aged, old, advanced in years, past one’s prime, showing of age.”

Any self-respecting Baby Boomer reading this would be horrified—60 is elderly? Heck, no. Not me! Here’s the good news. You may actually be quite correct after all. There is a big difference between the number of years you live, or life span, and the number of years you live in optimal health, or health span. Researchers are in the process of studying men and women who are at least 85 years of age who have lived long lives devoid of chronic disease, with the exception of arthritis, which is ubiquitous in people 70 years and older. These people have a very long health span.

Eric Topol, MD, a Scripps Health geneticist, refers to these extraordinary people as the “wellderly.” The Wellderly Study began in 2008 as a collaboration between Scripps Health and Scripps Research Institute. To date, Topol and his team have collected more than 1,400 genetic samples from a wellderly population sample drawn from the San Diego area, but soon expanding to a national base. This participant data is now available to other scientists as a DNA dataset called the Scripps Wellderly Genome Resource, and it houses invaluable information for comparing the wellderly to their peers with disease.

The long-term goal of the Wellderly Study is to discover the protective mechanisms these gold-medal winners of aging seem to possess to counteract their innate genetic vulnerabilities to a wide spectrum of diseases. While they somehow deflect these conditions, others their age suffer from them. So, instead of studying people with disease, these researchers are focusing on what actually keeps certain individuals so healthy for such a long time. In doing so, they hope to uncover solutions that nature has provided to protect against disease.

Initial findings from an analysis of the wellderly group’s genes has revealed a higher-than-normal presence of genetic variants that seem to offer protection from long-term cognitive impairment and from chronic diseases, including cancer, heart disease, and diabetes. What’s really fascinating about the study is that there is no one silver bullet. Instead, scientists have discovered many weaker signals from gene sites that should normally increase the vulnerability to disease, hinting at the presence of that elusive biological protective machinery.

While we’re waiting on more great science to be published, there’s plenty you can do right now to optimize your own healthy aging process. So, let’s first reframe the aging process and start to thrive.

Finally, express gratitude every time you wake up and realize that you’re still here to thrive and continue this awesome adventure of life.

World Record Ultrarunner and Amputee: How I Beat Cancer

Jacky Hunt-Broersma has built up a good portfolio of firsts for Female amputees in Trail and Ultrarunning.Within a week, Jacky Hunt-Broersma went from having a strange bump on her leg where she had surgery, to being told she had cancer, and having that leg amputated from the knee down.This enormous life change led her to a new life of not only ultr…

Dr. Peeke Speaks – a series of solo & guest segments diving into a variety of topicsAs we wrap up the year 2021, Dr. Pam is coming on solo to remember her friend Naomi Henderson, who passed away recently due to breakthrough COVID-19.So today we’re talking about the power and the science of friendship. Listen as Dr. Pam honors Naomi’s presence, refl…

Hot Flash 101: Everything You Need To Know